A message to parents

Halloween is relatively new to South African society and it has no roots in our traditions or heritage, yet some folk embrace it because it seems ‘fun’ and the children like it.

The purpose of this little tract is to provide parents with some background to this pagan celebration, the implications of engaging in its activities, and suggestions for alternative approaches to what is in reality an ‘evil’ celebration.

Halloween has its genesis in an ancient Celtic festival to honour the ‘lord of the dead’, Samhain. The ancient Celtic year began on the 1st November and on the last day of their year, 31st October, the spirits of the dead were said to return to their homes. To ward off these spirits, the Celts used to perform rituals, sacrifice animals and humans, and light bonfires on nearby hill tops. This day was seen as a ‘conjunction’ of the dark spirit world with our material world and so it was also a time when practitioners of the magic arts attempted to contact the dead and to divine the future.

The early Roman Catholic Church tried to ‘Christianise’ this ancient pagan festival by proclaiming 1st November as a festival for honouring the church saints. They called it ‘All saints day’ and referred to the night preceding it as the ‘hallowed eve’; hence the name ‘hallow–een’ was applied to 31st October.

The colours associated with Halloween are orange and black. These symbolise the orange of the bonfires and the black of night. Today we call these festive fires bonfires but they were originally designated as bone-fires because the bodies of the sacrifices were burned in them. The Celts used to dance around and jump through the flames as the bodies burned. They believed that by doing this they would be purified and protected from the evil spirits abroad that night.

Another device they used for warding off evil was a candle within a hollowed out turnip or pumpkin. They called these ‘Jack-o-lanterns’ and carried them during the night of Samhain (Halloween).

Sometime in the 16th century, witches and goblins were added to the mix. The witches were pictured as riding on broom sticks, and the goblins were portrayed as black cats. These witches and their tiny companions were believed to move from house to house offering protection from the evil dead in return for favours. If no ‘treat’ was offered they would play a mean ‘trick’ on the house owners.

Halloween, the 31st October, is today one of the two great high days in the occult world. The first high day is April 30th and is called ‘Walpurgisnacht’, the ‘witches Sabbath’. The second high day is Halloween, the gateway between Hell and Earth! On these nights, sacrifices are still made, blood is spilled, and devotees walk through the glowing coals of the bone fires.

Now, tell me, do you want your children involved, in any way, with this sort of thing? Some argue that it is just a fun time for the kids and that if one doesn’t believe in it then it can’t do any harm. This, in my opinion, is a very naive view; in the spirit world colours, clothes, occasions, and activities have significance and impact. Participation in any way is, by implication, association and carries with it real spiritual danger.

Of course, the children put a lot of pressure on parents; “EVERYONE is going trick-or-treating, so why can’t I?” In response, you as a parent have three options – to shun, to Christianise, or to sanitise. To shun is to have nothing to do with it at all and to forbid your children from participating. But don’t be surprised if they ask to sleep over with a friend on that night. To Christianise would be to try and put the events into a Christian context. For instance, have the Halloween party on the church premises and try to explain the pagan elements, or put a Christian ‘spin’ on them. This is not really a good idea because in all probability you will be tacitly sanctioning Halloween and making it appear respectable. The final option is to sanitise it by removing the harmful elements. For instance, you could hold a party in your own home and control the activities. This could also be seen as embracing the spirit of Halloween.

My best advice is that you explain to your children why it is not a good idea for them to participate in Halloween and then to ensure that you have some good, non Halloween, activities planned for that night. A visit to the ice rink, dinner at a steak house, a movie, or something like that would do the trick. And encourage your children to invite their best friends. In other words, explain it, shun it and replace it.

May God BLESS you and give you both discernment and wisdom. 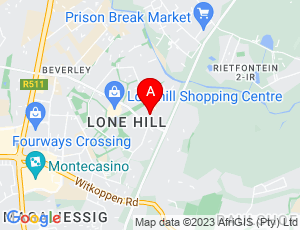